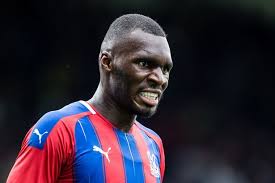 Report reaching us is saying that there is a legitimate move to secure crystal Palace strike Christian Benteke to WestBrom before the Monday deadline.

Judging from the exclusive interview with football reporter saying that former WestBrom and England midfielder Carlton Palmer is backing the Midlands outfit to secure the signing of Christian Benteke before Monday’s transfer deadline transfer window.

It must be noted that despite the arrival of Galatasaray striker Mbaye Diagne last week to the club, Westbrom is also looking at adding to the list of strikers with the move to get Crystal Palace frontman,

Based on information reaching football reporter which is of the opinion that the 30-year-old has been told his playing time at the Eagles will be limited so a temporary for now and these will lead to him moving to the exist door during the summer transfer window.

Based on history which have it that Albion boss Sam Allardyce has managed Benteke before at Palace and he still believes in the strikers ability and these was revealed earlier this month that he would be keen to have him in his side if the striker is available in the transfer window.

And when asked if a deal could happen before the 11 pm deadline on Monday,

Judging from the strikers club history which was stated that his contract is up at the end of the season and if they are willing to take him now it will be better for them.

Quoting Westbrom spokes man saying “If they had a deal, and they will take him until the end of the season and we can split the wages’ then Benteke might do that”

One thing is sure there is surprise to happen before deadline day as the transfer window is full of surprises for now.

Based on transfer Market valuation which states that the Crystal Palace frontman Benteke who is valued at £8.1m have always enjoy a fruitful spell under Big Sam at Palace during the 2016/17 season where he scored nine goals in 22 appearances for the club that season

newsaffairng - June 1, 2022
0
Load more
Newsaffairng is a joint venture of great people of like mind and friends who see news in their area as important as the food they eat. The story of our love for infrmation and News was mainly for those who believed that there is no news that is complete until is ready by all.Packed with statistics,fact,figures and insight knowledge of some area(sport,Health & Tech) needed by people to get awareness we hope to provide our reader/viewers something different from the usual. It was designed,developed and maintained with one thing in mind which is to bring to his viewers a first class information on areas of Sport,Health,Technology and general news from the horses month. Newsaffairng is born to provide exclusive player and manager interviews of football and providing viewer/fans with current features,match preview analysis,Technology update and health news etc. Newsaffairng is working on employing a large number of dedicated team of staff editors and freelance reporters to add to the few we have so that they can produce rich content around the world.Both editors and freelance are scattered over the continent with good knowledge of sport(football),Health and Technology. We cover a wider range of topics which have made our reader able to enjoy what we have to offer.
Contact us: Justnewsaffair@yahoo.com

M‘Gladbach and Bayern still in Negotiation