It has come to the notice of sport reporter that the Old Lady is not relaxing as they are reportedly gearing up for a summer move for Manchester United midfielder Paul Pogba.

According to his Agent Mino Raiola who revealed last month that the France international is looking to leave Old Trafford this year and move to a new ground.

Although it was noted that there was no offers in these January window but Manchester United are currently preparing themselves for bids at the end of the campaign which might be during the summer.

Other reputable media houses also states that Italian outlet Calciomercato is also claiming that the Old Lady is still on the game of re-signing Pogba who spent four lovely years in Turin before heading back to United in 2016 transfer window.

But the Serie A champions are currently monitoring the developments with the hope of ensuring that the 27-year-old does not backtrack by extending his contract at United before the summer ends.

Sport analyst believes that if the Old Lady is priced out of a move for Pogba, it is suggested that they will instead move for Lyon ace Houssem Aouar who is currently been monitored. 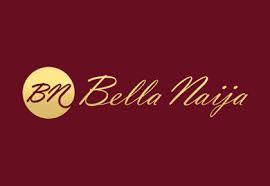 newsaffairng - December 17, 2021
0
Load more
Newsaffairng is a joint venture of great people of like mind and friends who see news in their area as important as the food they eat. The story of our love for infrmation and News was mainly for those who believed that there is no news that is complete until is ready by all.Packed with statistics,fact,figures and insight knowledge of some area(sport,Health & Tech) needed by people to get awareness we hope to provide our reader/viewers something different from the usual. It was designed,developed and maintained with one thing in mind which is to bring to his viewers a first class information on areas of Sport,Health,Technology and general news from the horses month. Newsaffairng is born to provide exclusive player and manager interviews of football and providing viewer/fans with current features,match preview analysis,Technology update and health news etc. Newsaffairng is working on employing a large number of dedicated team of staff editors and freelance reporters to add to the few we have so that they can produce rich content around the world.Both editors and freelance are scattered over the continent with good knowledge of sport(football),Health and Technology. We cover a wider range of topics which have made our reader able to enjoy what we have to offer.
Contact us: Justnewsaffair@yahoo.com