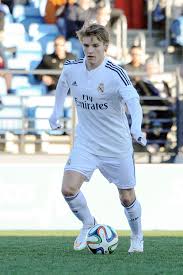 According to report reaching us saying that that Arsenal are reportedly keen on a loan deal for Real Madrid attacker Martin Odegaard for enable them strengthen their attack.

Football analyst where able to observe that the 22-year-old has been restricted to just nine appearances for Los Blancos during the 2020-21 campaign and he has only played just once in La Liga since the end of November which is not happy about.

Although it was claimed that the Norway international is highly interested on a move away from the Spanish champions during the January window in order to seek more first-team minutes shirt in a club he believes he will perform.

Report from Sky Sports News also prove that that Arsenal have approached Zinedine Zidane’s side over the possibility of signing the attacker on loan for the remainder of the 2020-21 campaign season and the same report also claims that Madrid are now considering the proposal from Mikel Arteta’s side, although one other Premier League club are also said to be in the hunt for the young playmaker.

It must be noted that Odegaard returned to Madrid for the current season after an impressive spell on loan at Real Sociedad, where he managed seven goals and nine assists in 36 appearances for the club. 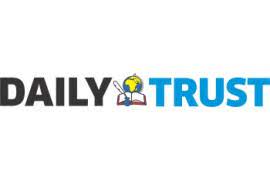 newsaffairng - March 29, 2022
0
Load more
Newsaffairng is a joint venture of great people of like mind and friends who see news in their area as important as the food they eat. The story of our love for infrmation and News was mainly for those who believed that there is no news that is complete until is ready by all.Packed with statistics,fact,figures and insight knowledge of some area(sport,Health & Tech) needed by people to get awareness we hope to provide our reader/viewers something different from the usual. It was designed,developed and maintained with one thing in mind which is to bring to his viewers a first class information on areas of Sport,Health,Technology and general news from the horses month. Newsaffairng is born to provide exclusive player and manager interviews of football and providing viewer/fans with current features,match preview analysis,Technology update and health news etc. Newsaffairng is working on employing a large number of dedicated team of staff editors and freelance reporters to add to the few we have so that they can produce rich content around the world.Both editors and freelance are scattered over the continent with good knowledge of sport(football),Health and Technology. We cover a wider range of topics which have made our reader able to enjoy what we have to offer.
Contact us: Justnewsaffair@yahoo.com