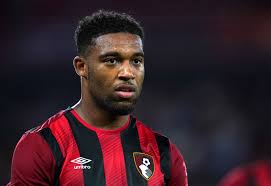 Following the recent observation saying that Michael Edwards looks to have delivered another way of saving his club money by selling Jordon Ibe for £15 million back in 2016 because with recent performance it was noted that he is now struggling to get a game with Derby County in the Championship.

Although the Liverpool academy graduate Ibe who made 58 appearances for the first-team with the Reds, contributing four goals and seven assists and these was believed to be enough to convince Bournemouth to pay £15 million for his services back in 2016, in what was a club-record deal at the time of the purchase.

According to football analyst saying that the winger endured a nightmare spell with the Cherries by managing just five goals and nine assists in 92 appearances for the south coast club which led to him being released on a free transfer during the most recent summer after their relegation to the Championship.

Further movement of the winger shows that he was then snapped up by Championship strugglers Derby County in September but with the look of things injury and fitness issues have meant that he is yet to make a first-team appearance for the his new team.

Based on investigation and comment showing that Liverpool Boss Jurgen Klopp was very complimentary of Ibe back in 2016 after his performance in a 3-2 defeat against Bournemouth by saying in his own word “He’s still a brilliant, big talent which is very good for English football. He did well with the pass for the first goal, and the cross for the second. I was very happy. It was a beautiful pass from Jordon Ibe [for Sturridge’s goal]. We had a lot of moments and it’s absolutely exciting.”

Whilst Ibe’s talent was never in doubt, the winger has himself admitted that he “lost passion” for the game and that he struggled with his mental health, which might explain his poor form with Bournemouth.

Finally Football scout believes that the £1.8 million-rated winger can rediscover his love for the game, as well as the form that once made him so exciting at Liverpool and other team where her displayed class in his football.

newsaffairng - June 14, 2022
0
Load more
Newsaffairng is a joint venture of great people of like mind and friends who see news in their area as important as the food they eat. The story of our love for infrmation and News was mainly for those who believed that there is no news that is complete until is ready by all.Packed with statistics,fact,figures and insight knowledge of some area(sport,Health & Tech) needed by people to get awareness we hope to provide our reader/viewers something different from the usual. It was designed,developed and maintained with one thing in mind which is to bring to his viewers a first class information on areas of Sport,Health,Technology and general news from the horses month. Newsaffairng is born to provide exclusive player and manager interviews of football and providing viewer/fans with current features,match preview analysis,Technology update and health news etc. Newsaffairng is working on employing a large number of dedicated team of staff editors and freelance reporters to add to the few we have so that they can produce rich content around the world.Both editors and freelance are scattered over the continent with good knowledge of sport(football),Health and Technology. We cover a wider range of topics which have made our reader able to enjoy what we have to offer.
Contact us: Justnewsaffair@yahoo.com

Hotspur ‘yet to open contract talks with Harry Kane’

Tottenham Special One and Manager Mourinho is very Confident Of New...