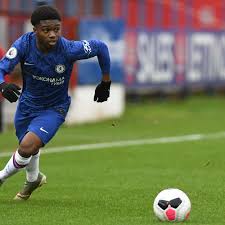 Club management have finally told football reporter that Tariq Lamptey has signed a new contract at Brighton, committing his future to the club until 2025 season.

It was noted that the 20-year-old right-back has been an excellent revelation since joining the Seagulls with his noted electric pace reportedly putting him on the radar of some of Europe’s biggest clubs for now.

Although Brighton have moved ahead to quell speculation of a move away from the club by handing Lamptey a new deal, one year after his arrival from the Blues.

Based on the interview from the Head coach Graham Potter saying: “We are delighted to see Tariq commit his long-term future here with the club

“We knew his potential when we signed him a year ago, and hoped he would have a really positive impact on the club, and that has proved to be the case with his performances since June.

“He has been the model professional, he works exceptionally hard, is a humble lad and is a team player. He fits in with everything we would want from a player, now it’s about helping him reach his potential.”

It was noted that He scored his first Brighton goal in the 2-1 defeat to Tottenham on November 1.