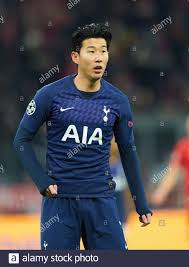 Based on his contribution to the Club in recent times, it was noted that Tottenham Hotspur are reportedly determined to tie Son Heung-min down to a new deal as soon as his current deal expires.

The 28-year-old south Korea international is a very important player for Spurs over the past few seasons with seven goals and two assists credited to his name from five Premier League outings this current league season.

Club statistics shows that Tottenham Hotspur are willing to offer Son with a bumper new deal with the  club and  all plans showing that the Club is willing not to loss the South Korea international to any rival club.

Similar report from other media houses shows that Spur is willing to offer the attacker with an increase in the £150k-a-week wages which he currently earns with the current Spur Boss Jose Mourinho.

Based on report from club Board which states that Spurs are ready to start negotiations with Erik Lamela and Serge Aurier over their expiring contracts as well but the North London outfit are keen for Son to pen fresh terms before focusing on other players in the club.

It was noted that Son bagged a goal and an assist against West Ham United but was unable to prevent Spurs from throwing away a 3-0 lead to draw 3-3 with the Hammers at last weekend match. 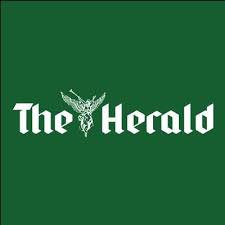 newsaffairng - July 31, 2021
0
Load more
Newsaffairng is a joint venture of great people of like mind and friends who see news in their area as important as the food they eat. The story of our love for infrmation and News was mainly for those who believed that there is no news that is complete until is ready by all.Packed with statistics,fact,figures and insight knowledge of some area(sport,Health & Tech) needed by people to get awareness we hope to provide our reader/viewers something different from the usual. It was designed,developed and maintained with one thing in mind which is to bring to his viewers a first class information on areas of Sport,Health,Technology and general news from the horses month. Newsaffairng is born to provide exclusive player and manager interviews of football and providing viewer/fans with current features,match preview analysis,Technology update and health news etc. Newsaffairng is working on employing a large number of dedicated team of staff editors and freelance reporters to add to the few we have so that they can produce rich content around the world.Both editors and freelance are scattered over the continent with good knowledge of sport(football),Health and Technology. We cover a wider range of topics which have made our reader able to enjoy what we have to offer.
Contact us: Justnewsaffair@yahoo.com

Don’t you think Tottenham is making too many mistakes present