Just recently it was noted that Liverpool respected and in-form Senegalese forward Sadio Mane has  tested positive for Covid-19 and he is currently in self-isolating as reported by the club .

Quoting the club saying that “Sadio Mane has tested positive for Covid-19 and is currently self-isolating according to the necessary guidelines as quoted by Liverpool  in their statement.

Although it was observed that the forward who started and scored in Monday’s 3-1 victory over Arsenal, has displayed minor symptoms of the virus but feels in good health after his performance in and after the match.

Based on stated guidelines as observed by Liverpool Football Club and which they are and will continue to – follow all protocols relating to Covid-19 and ensure that Mane will self-isolate for the required period of time until all is well.

Earlier it was observed that Thiago missed the Arsenal game after his own positive test was confirmed and now Mane will also be absent from Sunday’s Premier League trip to Aston Villa.

Liverpool respected Manager and Tactician Jurgen Klopp will hope to have both players available when the Reds return to action after the international break in October 17’s Merseyside derby at Everton.

Although the 28-years-old Mane has been in fine form this season and last season scoring both goals in Liverpool’s win over Chelsea before also netting against the Gunners presently.

It must be noted that his enforced isolation will also affect his international friendly commitments after Mane was named in Senegal’s squad for their upcoming friendlies against Morocco and Mauritania. 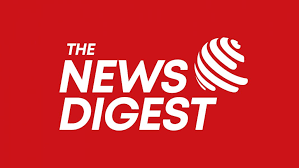 newsaffairng - April 10, 2022
0
Load more
Newsaffairng is a joint venture of great people of like mind and friends who see news in their area as important as the food they eat. The story of our love for infrmation and News was mainly for those who believed that there is no news that is complete until is ready by all.Packed with statistics,fact,figures and insight knowledge of some area(sport,Health & Tech) needed by people to get awareness we hope to provide our reader/viewers something different from the usual. It was designed,developed and maintained with one thing in mind which is to bring to his viewers a first class information on areas of Sport,Health,Technology and general news from the horses month. Newsaffairng is born to provide exclusive player and manager interviews of football and providing viewer/fans with current features,match preview analysis,Technology update and health news etc. Newsaffairng is working on employing a large number of dedicated team of staff editors and freelance reporters to add to the few we have so that they can produce rich content around the world.Both editors and freelance are scattered over the continent with good knowledge of sport(football),Health and Technology. We cover a wider range of topics which have made our reader able to enjoy what we have to offer.
Contact us: Justnewsaffair@yahoo.com

Bayern Munich have re-opened negotiations with Gladbach over Yann Sommer

Chelsea midfielder considering the exist door to Serie A .