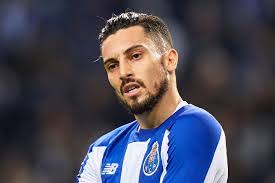 Based on our research which is pointing toward  Manchester United getting closer and closer in hiring the services of Alex Telles with the entire worth of the signing estimated as  £45.8million.

According to other media report like daily Star saying that Manchester Utd are close to securing a cut-price deal to sign the Brazilian international for a fee of £25million based on the deal in principle.

Based on the report from a renowned British source stating that Manchester United are willing to agree a contract that will make the player earn £80,000-a-week for the new sign.

Although sport analyst like Mohamed Bouhafsi has already confirmed that Alex Telles have agreed a five year deal with the Old Trafford outfit, therefore the entire worth of the contract could be £20.8million based on negotiation.

Statistics also shows that Telles has won all the major domestic prize with the Primeira Liga giants and they have not been able to agree a new contract with the South American left back for now.

Club report shows that Alex will be out of contract in less than 10 months and is looking for a new adventure to transfer his service to.

It must be noted that media report as confirmed by us also claim that the 27-year-old star is eager to sign for Man Utd and has told his club that he will be happy to leave in the summer transfer window.

Irrespective that Alex is a defender, he was Porto’s second highest goal scorer in the last league campaign season with 11 goals credited to him which is only one less than top scorer Moussa Marega, in the title winning season.

It was also noted that in the opening league fixture vs Braga this term, the former Galatasaray fullback scored two goals and provided an assist to be the Man of the Match against Braga which was also noted.

Finally Manchester United first choice left back which is Luke Shaw  has never been consistent at Old Trafford and he performed badly in the opening Premier League game vs Palace. After 6 years,United fans believes it is time they hire a new and consistent left back and Alex Telles we believe is in a good position for that job.

newsaffairng - August 9, 2022
0
Load more
Newsaffairng is a joint venture of great people of like mind and friends who see news in their area as important as the food they eat. The story of our love for infrmation and News was mainly for those who believed that there is no news that is complete until is ready by all.Packed with statistics,fact,figures and insight knowledge of some area(sport,Health & Tech) needed by people to get awareness we hope to provide our reader/viewers something different from the usual. It was designed,developed and maintained with one thing in mind which is to bring to his viewers a first class information on areas of Sport,Health,Technology and general news from the horses month. Newsaffairng is born to provide exclusive player and manager interviews of football and providing viewer/fans with current features,match preview analysis,Technology update and health news etc. Newsaffairng is working on employing a large number of dedicated team of staff editors and freelance reporters to add to the few we have so that they can produce rich content around the world.Both editors and freelance are scattered over the continent with good knowledge of sport(football),Health and Technology. We cover a wider range of topics which have made our reader able to enjoy what we have to offer.
Contact us: Justnewsaffair@yahoo.com

Don’t use my name to attack Cristiano!’ – Man Utd star...