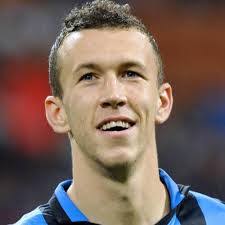 Club management report from Manchester United is saying that United have reportedly made contact with Inter Milan regarding the potential purchase of Ivan Perisic for the new season.

Although it is believed that the Red Devils have been widely interested to sign Jadon Sancho from Dortmund this summer but they have failed to negotiate a deal with Borussia Dortmund but sport analyst still believe United are waiting for last minute to push the deal for the star player.

It must be noted that Dortmund have set an asking price of £110m for the Englishman but Manchester United are refusing to meet these valuation with the way things are going right now.

Report from Fussballtransfers saying that United as a club are on the search for better alternatives and they have made contact with the Nerazzurri for Ivan Perisic which they see as a good alternative for the expensive Englishman.

It is a  well known fact that Ivan Perisic has been a long-term target and admirer for Manchester United and was noted that he was a subject of a failed approach when former United Boss Jose Mourinho was the manager in 2018.

Based on Ivan Perisic last season review showing that he had an impressive season on loan with Bayern Munich last term where he was able to registered eight goals and 10 assists across all competitions last season.

Although Bayern Munich tried to sign him permanently based on his performance but pulled the plug on the deal after they were made known of the £13.5m asking price for the 31-year-old playmaker.

newsaffairng - March 14, 2022
0
Load more
Newsaffairng is a joint venture of great people of like mind and friends who see news in their area as important as the food they eat. The story of our love for infrmation and News was mainly for those who believed that there is no news that is complete until is ready by all.Packed with statistics,fact,figures and insight knowledge of some area(sport,Health & Tech) needed by people to get awareness we hope to provide our reader/viewers something different from the usual. It was designed,developed and maintained with one thing in mind which is to bring to his viewers a first class information on areas of Sport,Health,Technology and general news from the horses month. Newsaffairng is born to provide exclusive player and manager interviews of football and providing viewer/fans with current features,match preview analysis,Technology update and health news etc. Newsaffairng is working on employing a large number of dedicated team of staff editors and freelance reporters to add to the few we have so that they can produce rich content around the world.Both editors and freelance are scattered over the continent with good knowledge of sport(football),Health and Technology. We cover a wider range of topics which have made our reader able to enjoy what we have to offer.
Contact us: Justnewsaffair@yahoo.com