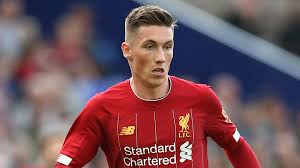 Based on the transfer window moving to an end with months of inactivity, Liverpool have made alot at the transfer market and they have moved quickly to secure double deals for Thiago Alcantara and Diogo Jota before the window expires.

It was noted that Alcantara finally completed his move yesterday, and Jota is expected to follow the munich man after the Reds reportedly have completed a £45 million deal for him to enable him transfer his service to Liverpool.

While with a 4-3 victory against Leeds United last weekend which might have lead to their rush move into the transfer market  and football analyst are still saying that Liverpool Boss Jurgen Klopp might likely makes one more signing to the club as the window is moving to an end. will now be looking at offloading a few players to balance the books as  they are considered as excess to requirement. Club report is saying that as many as six players could find themselves heading out of Anfield before the window closes by October 5.

With Gini Wijnaldum looking at making a move to Barcelona as requested by the new Barcelona Boss but however the deal looks dead in the water with the Spanish giants struggling with finances currently.

With Liverpool critically looking at offloading Harry Wilson and Marko Grujic with both players valued at around £20 million and the Red are not willing to entertain any loan moves for them as they are referred to as excess to requirement.

Although report claims that Grujic has attracted interest from Borussia Monchengladbach recently while Wilson is being chased by a host of Premier League clubs including Fulham but football scout are saying that Liverpool’s asking price comes as a significant hindrance to the transfer to be established.

It must also be noted that Several Championship clubs are pursuing for Nat Phillips but Liverpool are also keen to sell Loris Karius and Yasser Larouci, both find themselves way down the pecking order as a result of new player coming into the club and they are not included in Liverpool Boss Jurgen Klopp new plan for the season.

It must be noted that Liverpool is also considering both permanent and loan offers for Rhian Brewster as Crystal Palace and Sheffield United leading the chase for the player. 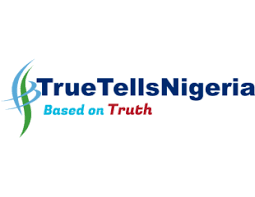 newsaffairng - August 20, 2022
0
Load more
Newsaffairng is a joint venture of great people of like mind and friends who see news in their area as important as the food they eat. The story of our love for infrmation and News was mainly for those who believed that there is no news that is complete until is ready by all.Packed with statistics,fact,figures and insight knowledge of some area(sport,Health & Tech) needed by people to get awareness we hope to provide our reader/viewers something different from the usual. It was designed,developed and maintained with one thing in mind which is to bring to his viewers a first class information on areas of Sport,Health,Technology and general news from the horses month. Newsaffairng is born to provide exclusive player and manager interviews of football and providing viewer/fans with current features,match preview analysis,Technology update and health news etc. Newsaffairng is working on employing a large number of dedicated team of staff editors and freelance reporters to add to the few we have so that they can produce rich content around the world.Both editors and freelance are scattered over the continent with good knowledge of sport(football),Health and Technology. We cover a wider range of topics which have made our reader able to enjoy what we have to offer.
Contact us: Justnewsaffair@yahoo.com

Leandro Trossard wants to leave club after falling out with boss...